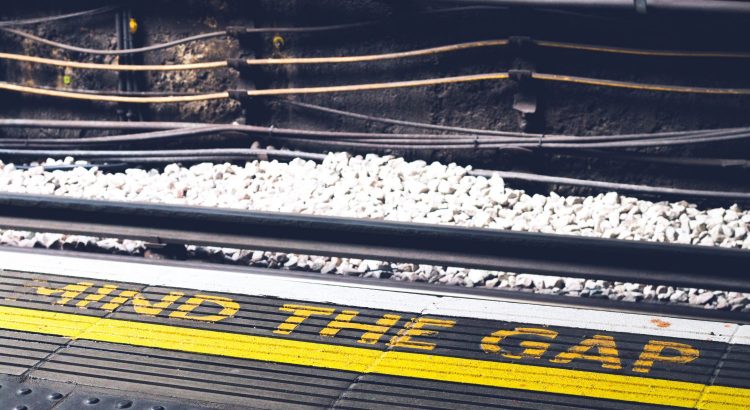 Many of us will be familiar with the signs and announcements on the underground in London, to ‘Mind the gap!’. You can even buy t-shirts with the slogan, as a souvenir of London. When we hear something frequently, we can stop paying attention. In the same way, we are in danger of not paying attention to the other gaps in society, which the most vulnerable can fall through.

We know that the growth in need for superb faith-based projects, such as foodbanks, is in part due to the gaps in our benefit system. There is a chasm between the award of a benefit payment and this vital money actually being paid. This creates a pressure on families which the voluntary sector and faith organisations are often on the front line of responding to. Yet these are not new problems. There have been gaps like this for over a decade. Governments of every hue and colour have failed to deal with this issue.

Readers will be aware of different ‘gaps’, some which are a national scandal, while others are more localised. In the FaithAction Manifesto – the Desire for Decency – we pick up on a few different areas. As well the gap in benefit payments, there are two other gaps which we have chosen to highlight; not because they are trendy causes but because of what they say about society.

Ex-offenders are released from prison often without guaranteed housing and with just £46(source) in their pocket. Such limited help is bound to push people back to old connections. This combined with the difficulty of finding work for ex-offenders means that there is a very real pressure to find alternative sources of income and the temptation of re-offending is high.

Finally, we look at how benefits and the system behind it encourages both parents in a family to work. The reason to pick up on this gap is that many of our members see the role of a stay at home parent as key for family life. Of course, not all agree, but there is an inequality in the way different families are treated. The unintended consequence of a benefit that rewards parents who both go to work is that this also reduces the volunteer ‘workforce’ that is a stay-at-home parent.

We have sought not to be party political – but to put forward ideas which provide greater ‘decency’ to those who are struggling.