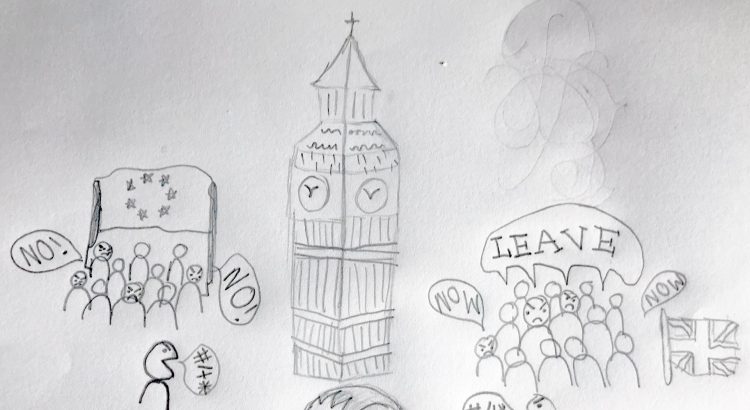 One day, the current political impasse will be over and our politicians will start lifting their heads from their tightly-wedged positions gazing firmly into their navels.

It is, of course, a little unfair to put all the blame on Westminster: it’s not like Parliament is disunited and the rest of the country is at peace and rested. It is rather that we are the Disunited Kingdom.

If the past two years have shown us anything, it’s that our politicians have fallen away from being those who set a direction and lead. Instead, they seem only to reflect the things which they hear—or perhaps, want to hear—from those they represent.

This, along with a healthy portion of the media stirring up controversy and drama, leaves us with the morass we have today.

So, if we are to have a new sense of direction and purpose for the UK, we cannot expect it to come solely from Parliament or political parties. We need to have some idea of what we want – so that we can spot it when it is presented back to us.

Let us not forget the power of consensus: some ideas or policies are so good that everyone includes a version of them in their manifesto. An example of this is the NHS. We have a public service that is free to all citizens at the point of need. No mainstream party is questioning that. What else could gather pace as an idea that no party would ignore?

After the Second World War, during the key period when the British empire was rapidly ending and the new Commonwealth being created, the American Secretary of State Dean Acheson remarked, “Great Britain has lost an empire and has not yet found a role.”

This is another key period for our nation. Who do we want to be?

Much of the Brexit debate has been about internal politics and matters that concern us domestically – but when this period is over, will we want to be seen as a nation concerned only with its own internal affairs?

Who do we want to be as a nation?

Maybe there are some questions we can consider – the answers to which could give you something to discuss when candidates come round canvassing for your vote!

Those are just some to get going with. They are not easy questions – but will we know a good answer when we hear it if we haven’t first puzzled at these things ourselves?